The key hardware for web developers are workstations. They need to be reliable, secure, fast, support large screens, supportable, and work with web software development applications

Traditionally these companies built workstation products with Intel 1 processors. They are diversifying their product line with ARM-based 2 processors

Apple’s Intel x86 to M1 translation layer Rosetta 2, has about 80% of the performance of native Apple Silicon code. The single-core Rosetta 2 Geekbench 4 benchmark running on a MacBook Air 5 with 8GB of RAM, is faster than other x86 Mac in single core benchmark.

Apple is primarily a computer hardware manufacturing company delivering workstation products with Apple developed macOS certified UNIX operating systems. Some of the advantages of Apple are reliability, robustness, service, and relative ease of use. Apple has responsibility for maintaining products from sale to retirement. See AppleCare Products 6. Apple Stores are equipped to diagnose and repair Apple products.

Any unnecessary web developer workstation downtime is expensive. Most Apple products have a premium price. The sticker shock is eased over time with reliability, robustness, fewer securities issues, supportability, and Apple Stores.

Operating systems updates have been free for years, and Apple continues to have the highest customer satisfaction in the industry.

Linux 7 is an examples of free and open-source software collaboration. The source code may be used, modified and distributed commercially or non-commercially by anyone under the terms of its respective licenses

Linux is the leading operating system on servers. Its greatest success in the consumer market is the mobile device market, with Android being one of the most dominant operating systems on smartphones and very popular on tablets

Some peripheral device vendors do not support Linux . The Linux open-source community supplies some of the missing device drivers.

The price of Linux-based systems is attractive. The operating system software is free. Ready made hardware platforms are available, or can be built choosing hardware and software components. Some assembly required

The reliability, robustness, security, and supportability of Linux systems varies from low to very high, depending on the knowledge and skills of the builders and maintainers

Responsibility for maintaining Linux workstation hardware, operating systems, and device drivers is fragmented or doesn’t exist, except maybe from the builders and maintainers

There are some computer repair shops that are equipped to diagnosed and repaired Linux systems, but not to the extent of Apple Stores

Microsoft is primarily a software development company. Microsoft Windows 8 is a proprietary graphical operating system developed and marketed by Microsoft. Windows is the most used operating system on personal computers desktops, laptops, and game consoles.

Consumer versions of Windows were originally designed for ease-of-use on a single-user PC without a network connection, and did not have security features built in from the outset. Windows updates are regularly improving security 9 .

Windows seems to have become one of hackers prime data hunting grounds, even with frequent security updates. Maybe because Windows systems are everywhere and stores or has access to vast amounts of data. Some Windows installation do not keep Windows updated. One reason may be issues with updates. Microsoft Windows update problem 2020 10 are recent examples

The reliability, robustness, security, and supportability of Microsoft systems varies from low to very high, depending on the knowledge and skills of the builders, maintainers, hardware, and software vendors. The combinations and permutations of vendor hardware platforms, software, and peripheral device support, may be contributing to Microsoft Windows update problems

There are some computer repair shops that are equipped to diagnosed and repaired Windows systems, but not to the extent of Apple Stores 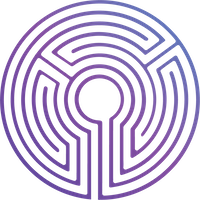